Your Complete Guide to the Melbourne Cup 2023 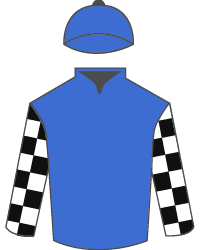 Weight: 57.5kg / Age: 5 / Jockey: Mark Zahra / Trainer: Ciaron Maher & David Eustace / Barrier: 14
Maher & Eustace have an embarrassment of riches among the acceptors for this race, with Gold Trip being a major force. He was arguably unlucky to be narrowly beaten by Durston in the Caulfield Cup and he was allowed to contest the Cox Plate only a week later. Three big races in a short time is a massive task.
GOLD TRIP TO WIN 13.00 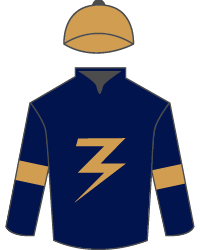 Weight: 51.5kg / Age: 5 / Jockey: Patrick Moloney / Trainer: Michael Moroney / Barrier: 3
Thought of as a Derby contender in England two years ago, Emissary has always had ability. He is only just realising his true potential now and took down the Geelong Cup recently, getting only a small penalty which now gives him a major chance at the weights and from an inner gate.
EMISSARY TO WIN 31.00 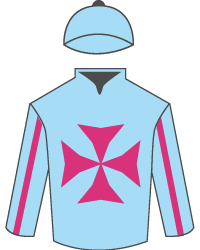 Weight: 50kg / Age: 6 / Jockey: Teodore Nugent / Trainer: Ciaron Maher & David Eustace / Barrier: 8
When Vow and Declare came back to form in a conditions race, High Emocean actually won the event. She has since run sixth in the Bart Cummings too, so her form is spot-on and she has a good draw in 8.
HIGH EMOCEAN TO WIN 34.00

Odds correct at time of publishing and may be subject to change.

Welcome to Your Complete Guide to the Melbourne Cup 2023.

Melbourne Cup 2023 promises to yet again be an unrivalled racing spectacle! Year after year the event continues to grow in popularity and attracts new fans worldwide. If you want to bet on Melbourne Cup 2023 and to join in on the hype for the race that stops a nation, learn about Melbourne Cup favourites and get the latest Melbourne Cup tips all you need to do is read through our comprehensive guide! Consult the site map to access all the information on our Melbourne Cup horse racing guide. For anyone new to Melbourne Cup, here is a brief explanation of what makes Melbourne Cup so hugely popular and prestigious.

What Is the Melbourne Cup?

Melbourne Cup is an annual Thoroughbred horse race held in Melbourne, Australia. It is one of the most famous Group 1 horse races in Melbourne. The race is a handicap for horses three-years-old and over and it is run at a distance of 3200 meters. It is considered one of the most popular sporting events in Australia with millions of people tuning in each year. Its popularity has earned the event the moniker “the race that stops a nation”. The name can quite literally apply to parts of Victoria where the Melbourne Cup day was given the status of a national public holiday.

Melbourne Cup has a long history, with the first race held back in 1861. Ever since then, there has been a steady growth in popularity, which has spilt over the borders of the continent and now attracts audiences from all over the world.

The Melbourne Cup race is a part of the Melbourne Cup day, traditionally being held every first Tuesday in November. This year, the event will be held on 7th November, and the race itself will start at 3 pm local time. It will be held on the Flemington Racecourse in Melbourne. The entire event starts at 10:45 am and lasts until 5:20 pm, with 10 races in total.

With an average race time of around 3.5 minutes over the course of 3200 meters, the race is a true spectacle of strength and endurance. Melbourne Cup is also the richest two-mile handicap in the world, with a prize pool of 8 million dollars. Additionally, the event gathers a huge number of punters, many of whom choose the race to be the one event to bet on for the year.

In order to make an informed decision when you plan to get into Melbourne Cup betting, it is important to take into account a lot of variables. You should pay attention to the horse’s recent performance, it’s age and current form, and not get led purely by betting odds (read more information about the Melbourne Cup odds). Handicap weight allocated to the horses is also one of the most important things to look out for. VRC Handicapper usually determines the weight and announces it in early September. The minimum handicap weight is 50 kg. While there is no maximum weight, it should not be less than 57 kg.

If you are in Australia at the time of the race, short being at the event in person, your best option will be to tune into a live TV broadcast. The race and the events leading up to it will be covered by Channel 7. If you are a Foxtel subscriber, you will also be able to tune into the race through Sky Channel. Both Channel 7 and Foxtel will also broadcast the race through their live streaming services 7Plus and Foxtel Go. For more information, read our guide how to watch the Melbourne Cup in Australia.

If you plan to take part in Melbourne Cup betting, you will be able to watch the live stream of the race through the websites of a number of betting operators, namely, BetEasy, Ladbrokes, Sportsbet and Crownbet. However, you will most likely need a positive account balance in order to access their live streaming service.

New Zealanders can watch the race on Racing.com and Sky Racing channels. People in Ireland and the UK can also tune in through Sky Racing.

The rest of the world will have to check whether a local TV network has bought the rights to the race, or listen to the broadcast over one of several dedicated online radios. Due to exclusivity in broadcasting rights, online streaming through the websites that offer it in Australia will most likely be regionally locked. Your questions answered about the 2022 Melbourne Cup.

Can you watch the Melbourne Cup online?

Yes. Channel 10 will be showing online live coverage via their TenPlay platform. Many bookmakers will also be streaming the race live.

Where can I watch the Melbourne Cup 2023?

Major coverage will be hosted by Channel 10 in Australia, while those overseas can also watch the race live. Streaming is also offered by an array of bookmakers and by the host channel.

Is the Melbourne Cup on TV?

Yes. For the second year, Channel 10 is the host broadcaster. The race will also be shown in New Zealand on Sky Sport, and in the UK via Sky Sports Racing.

Which channel is broadcasting the Melbourne Cup?

The main coverage is on Channel 10 in Australia.

The Melbourne Cup is due off at 3PM local time. That means an off time of midday in Perth, 5PM in New Zealand and 5AM in the UK.

Where can I find Melbourne Cup tips?

Melbourne-cup.online is your top bet. As well as this, keep an eye out for the TV coverage as industry experts will also be voicing their opinions on the Cup.

Is the Melbourne Cup 2021 cancelled?

No. The Melbourne Cup 2021 goes ahead as planned on Tuesday, November 2. There will be a restricted crowd of 10,000 allowed at Flemington Racecourse.

18+ | Please play responsibly | Terms and Conditions apply | Commercial content
We are using cookies on this website to ensure you get the best user experience. If you continue to use our site we will assume that you are ok with it, alternatively, you can choose "Read more" to see what cookies entails.OkRead more